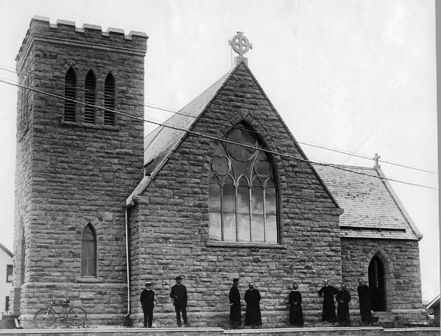 
St. Luke’s Anglican Church was constructed in stages between 1898 and 1906 by the first Anglican parishioners under the direction of Rev. Joshua Hinchcliffe, rector of the parish from 1898 to 1907. As a trained architect, Hinchcliffe worked closely with Edmonton architects Edmiston and Johnson on the planning and design of the Church. In 1906 the final extensive additions to the Church were completed. These included a choir vestry and battlement tower believed to have been designed by local architect C.A. Julian-Sharman.

The Church has a number of honour rolls dedicated to parishioners who lost their lives serving in the two World Wars. It also has a large stained glass window dedicated to Rev. Fanning-Harris, a former rector of the Church who was the first Canadian chaplain killed in the First World War. 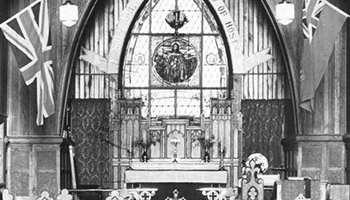 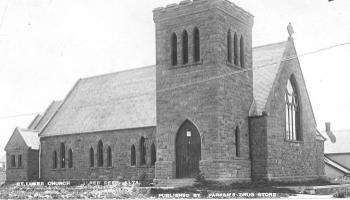