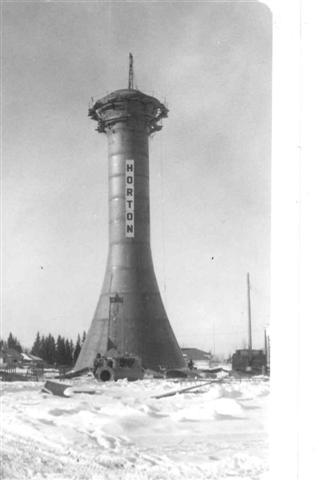 
The Horton Water Spheroid was manufactured in Fort Erie Ontario in 1957 by the Horton Steel Co. The Spheroid was constructed at it’s Mountview neighbourhood location in 1957. The original “Niagara Green” paint was created with mixing a number of paint colours from numerous other water towers projects in Canada. It took 240 tonnes of steel and cost $275,000 to build. The “Green Onion” as it is fondly referred to, is 40.2 metres tall. The upper ball is 18.9 metres in diameter. With a capacity of 500,000 imperial gallons, Red Deer’s Horton Water Spheroid was the largest spheroid shaped reservoir in the world in 1957.

The Horton Spheroid has not been used to create water pressure since the 1970s but remained in service as a storage reservoir for Red Deer’s water until 2010. In 2010, the Horton Water Spheroid was taken completely out of service when it was encapsulated and repainted. It is currently used as a communications tower within Red Deer. With its height and unusual form, the Horton Water Spheroid is and will continue to be a highly visible landmark in Red Deer, and an important part of the city’s built environment. The Tower is listed in The City of Red Deer Land Use Bylaw as a historically significant resource. 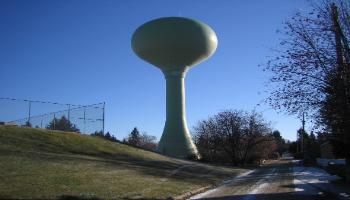 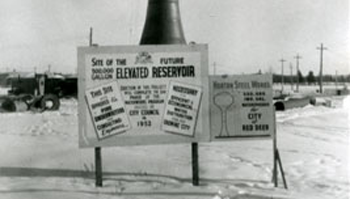 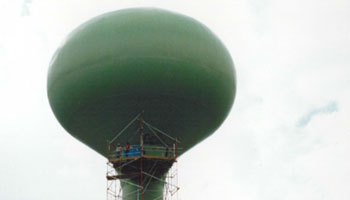